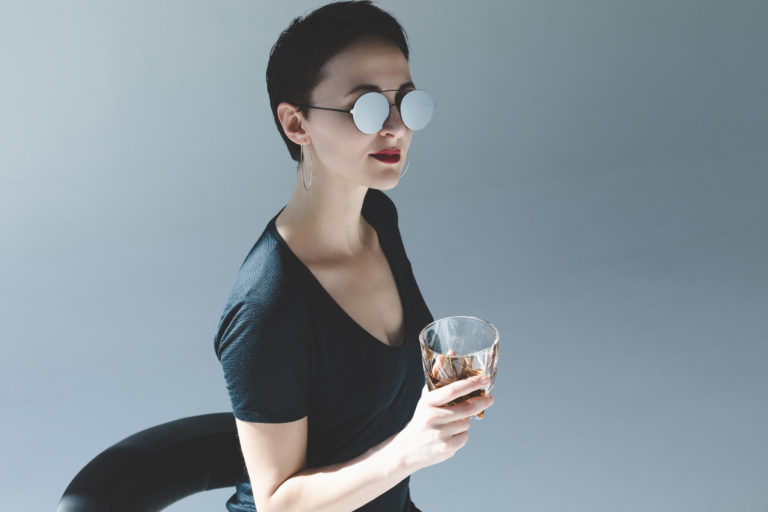 To the absolute disdain of teetotalers across the world, Alcohol consumption is deeply ingrained in our collective social culture. This has been prevalent not just in the modern culture, the oldest firm evidence of an alcoholic beverage comes from Jiahu, China where, by 7000 BC farmers were mixing rice, berries, honey and grapes in clay jars for fermentation.

So, it’s no surprise that people are splurging on spirits now more than ever before and it’s no longer just about consumption. For connoisseurs and enthusiasts, having the most enviable collection of vintage spirits a matter of pride and the trend is catching on across the world including India.As per the Distilled Spirits Council of United States, all spirits are categories into four segments: Value, Premium, High-End Premium and Super Premium. The price point for each category primarily depends on the retail price and quality specifications like purity, age, ingredients, etc.

So what are Luxury Spirits?

Luxury spirits are generally considered to be ‘luxury’ based on their price and the brand’s position within their category. They are also known for their exquisite taste notes and intricate aroma. The better the ingredients and ‘fine’ distilling processes are, the more expensive and better is the spirit. These are the prime deciding factors for their price. There is an increasing trend of collecting such luxe brands at bars in homes across India. Not only, high-end but even upmarket liquor stores are now stocking some of the more in-demand premium brands to cater to the affluent demographic. While premium brands are common at most liquor stores, Luxury Spirits considered to be levels above, are stocked at select high-end liquor stores.

Rising incomes in middle-class India and exposure to international trends are giving a rise to enthusiasts splurging on luxury and premium spirits prompting international luxury brands to ramp up more offerings in the Indian market catering to the lucrative segment.

Here Are Some Of The Most Expensive Luxury Spirits In The world. 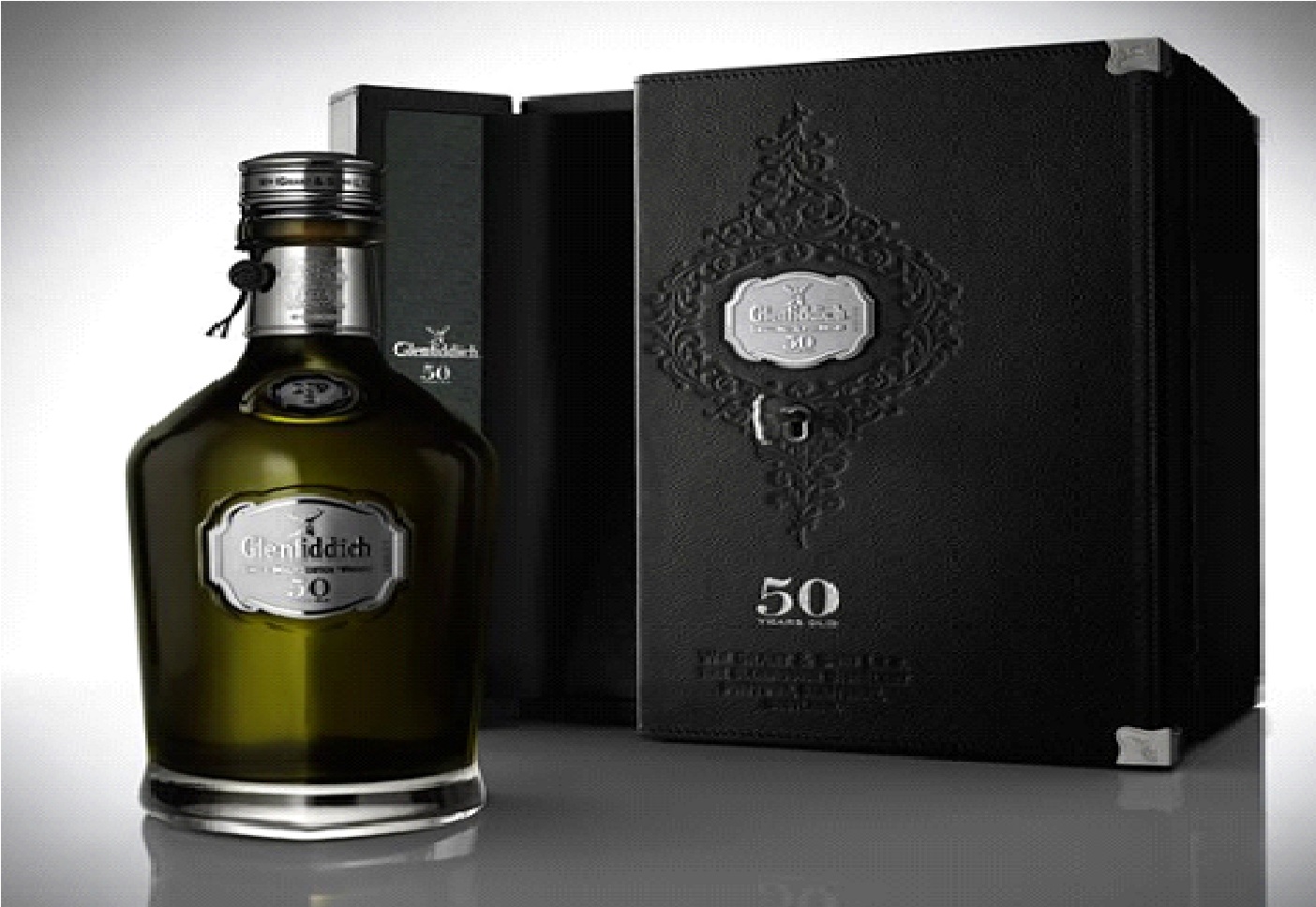 This exquisite piece of workmanship is drawn from two exceptional casks which have been matured for 50 years. Only 50 bottles are released each year and hence are in high demand by collectors and aficionados. 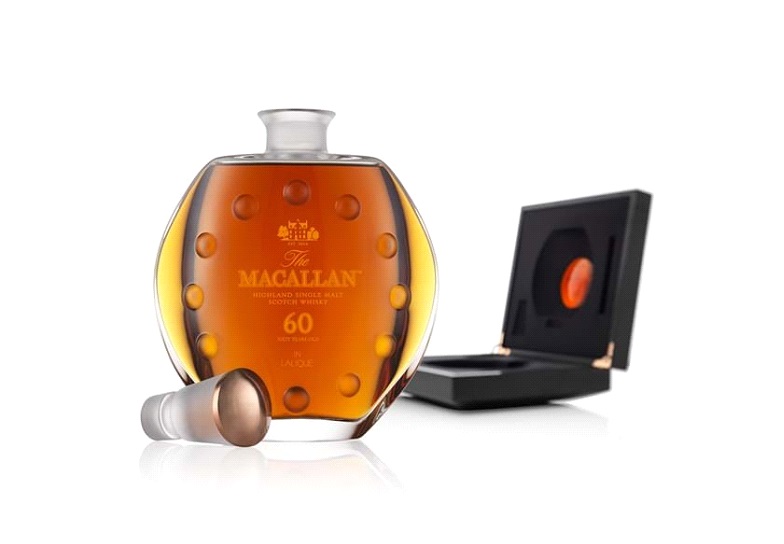 Macallan whiskeys have become decently popular in the Indian luxury and premium spirits market with many trying to get their hands on and many a bars and clubs stocking these spirits. This 60-year-old Whiskey made from a single Malt comes in a sleek, bottle with a crystal copper cap made from an old Macallan still. 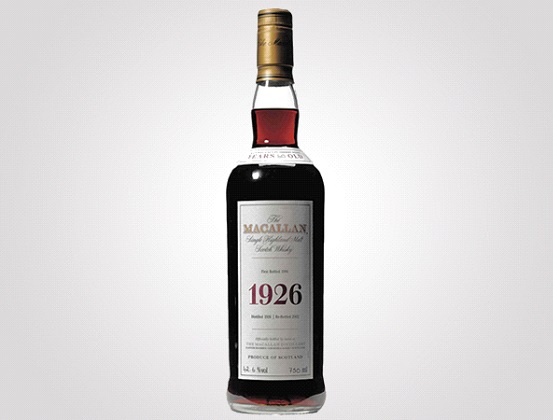 Another whiskey product from Macallan makes it to the list, this one a 1926 product which as of 2018 would make the spirit 92 years old. Considered to be rare and the finest in the world, the spirit’s age is what draws the crowd to it. 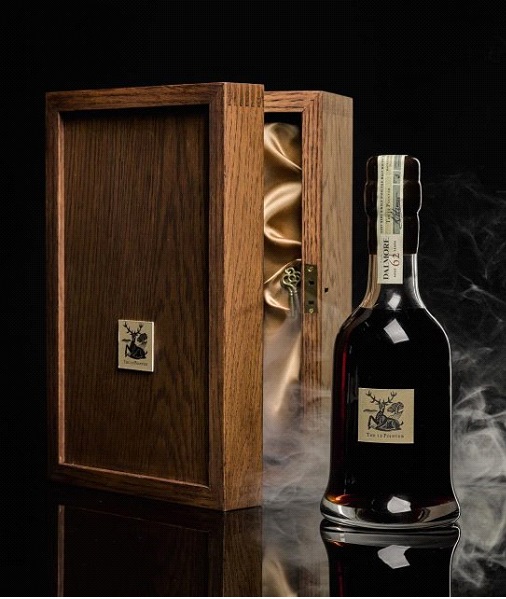 Another whiskey in the list, the Dalmore 62 whiskey spends 62 years in the cask before it is bottled. Only 12 such bottles were released by Dalmore which adds oodles of value due to its rarity and as more bottles are opened, the remaining unopened ones will only gain more value as the years go by. 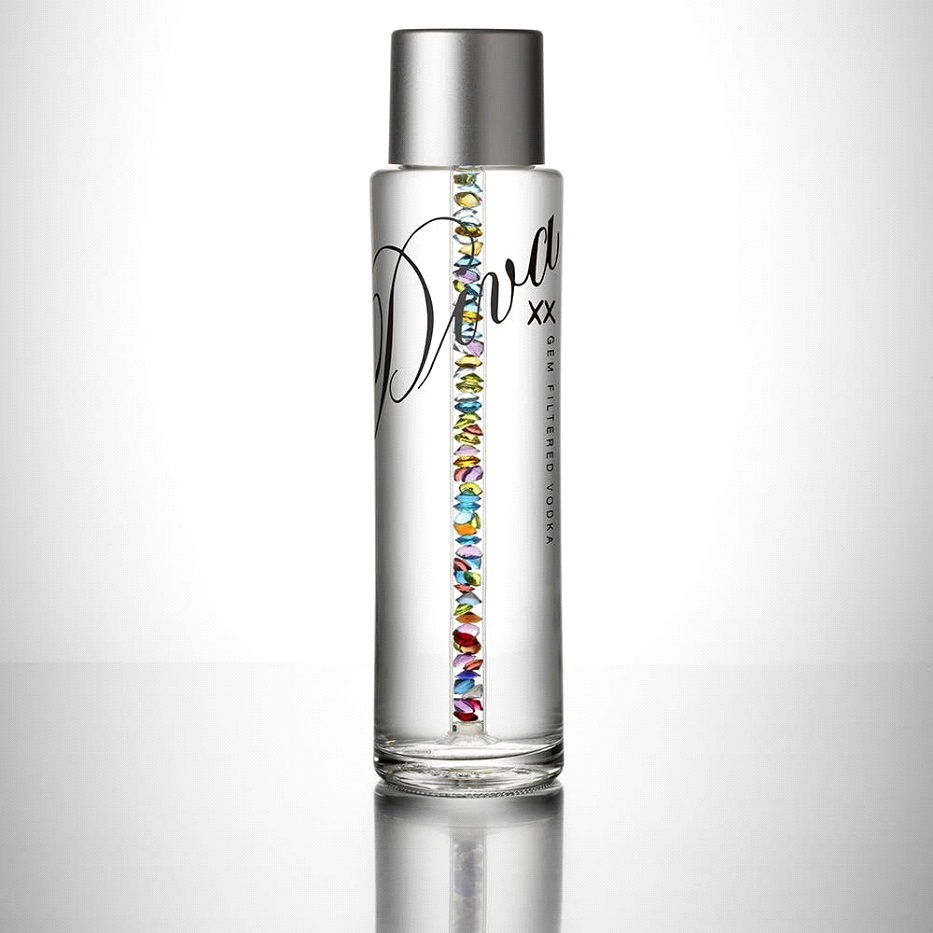 DIVA Vodka took the world by storm when it was first released and still is hard to get hands on. Guaranteed to be exquisite taste and finesse, even the bottle doesn’t fail to impress the most accustomed to luxury brands. A triple distilled vodka that comes in a bottle with a wand full of crystals that are handmade by craftsmen, DIVA Vodka is probably the most expensive vodka known. 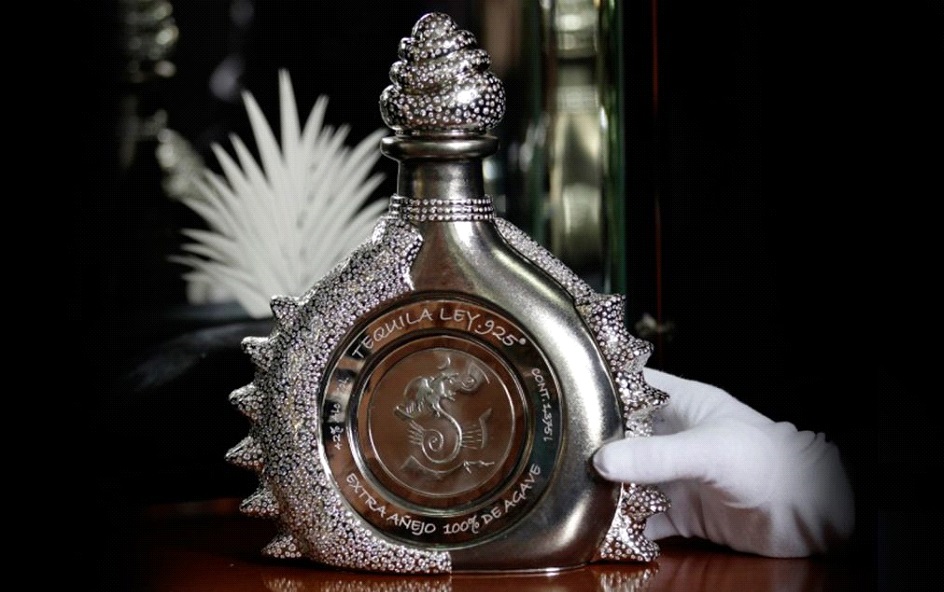 The Tequila Ley comes in a hand-crafted, one liter bottle that has two outer halves. The bottle’s one half is pure platinum while the other half is pure white gold and they are held in place together by the platinum emblem. 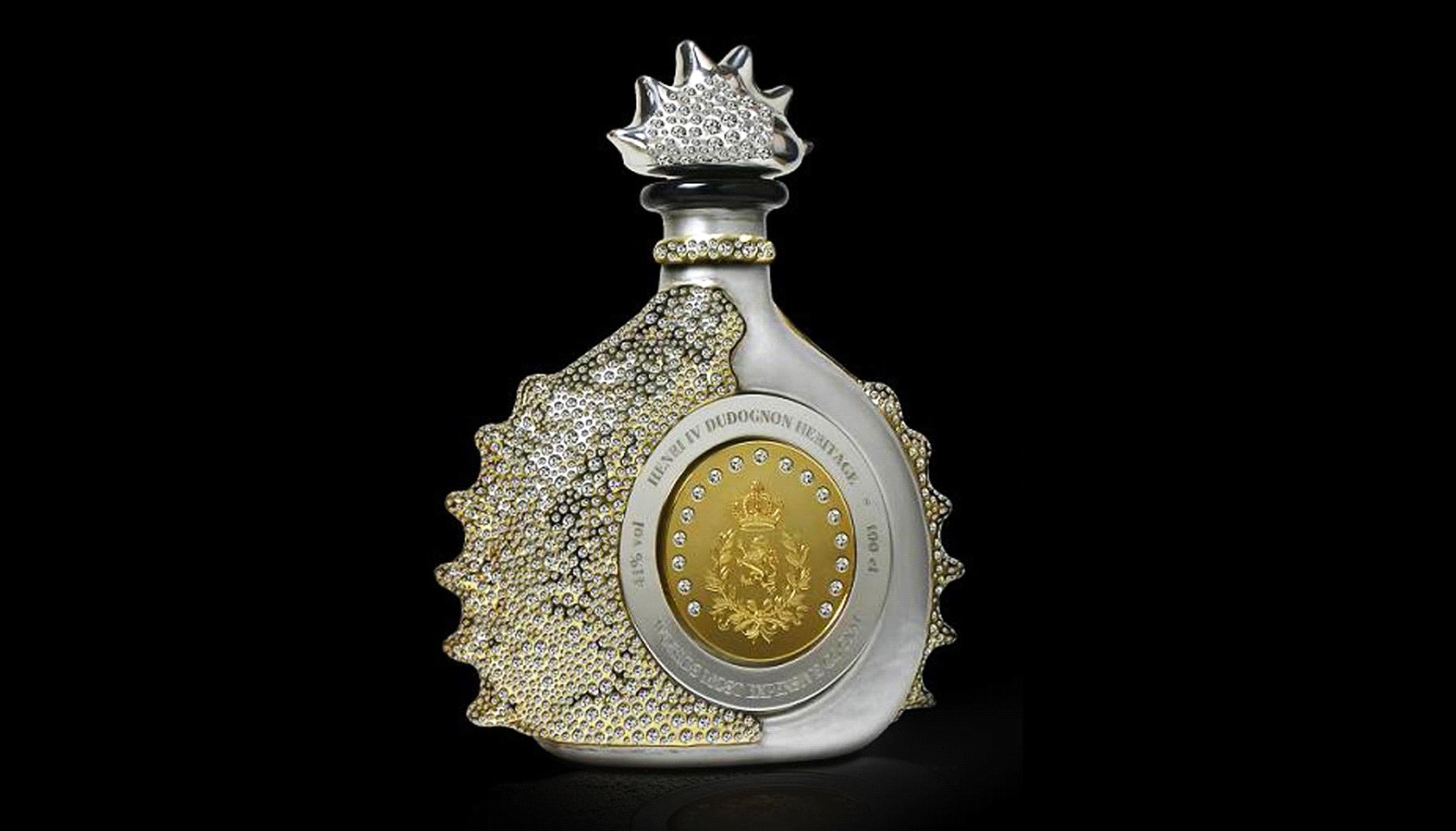 Made specifically as homage to King Henry IV and packaged by Jeweller Jose Davalos, the main reason why the price is so exorbitant is due to the fact that the Cognac was produced over a 100 years ago. At the same time, the bottle itself is made of sterling platinum and 24 carat gold and is covered with more than 6500 diamonds. Luxury Spirits Demand In India

While these luxury spirits are exorbitant in prices, there is a genuine demand for them by people who consume or collect such products. Considering the appetite and constant search for such exquisite spirits, even in India as well, many international liquor brands have launched several premium and luxury spirits. While still in its nascent stage and if the trends are any indication, the demand for luxury liquor is only going to get stronger over the years. Since almost all the luxury liquor is purchased at high-street high-end stores, demand would push for more such high-end retail outlets for driving sales. With that strong growth, high demand for professionals with specific knowledge about the luxury industry and its clientele, those who can work as the brand’s ambassadors and cater to such high-end clientele is only going to increase across India in the near future as the market matures.

Luxury Connect Business School: Guiding candidates towards a stellar career with the most premium brands in the world

An Amazing Career With Ample Opportunities Exist For Building A Career In The Luxury Industry?

Are You Ready For It? 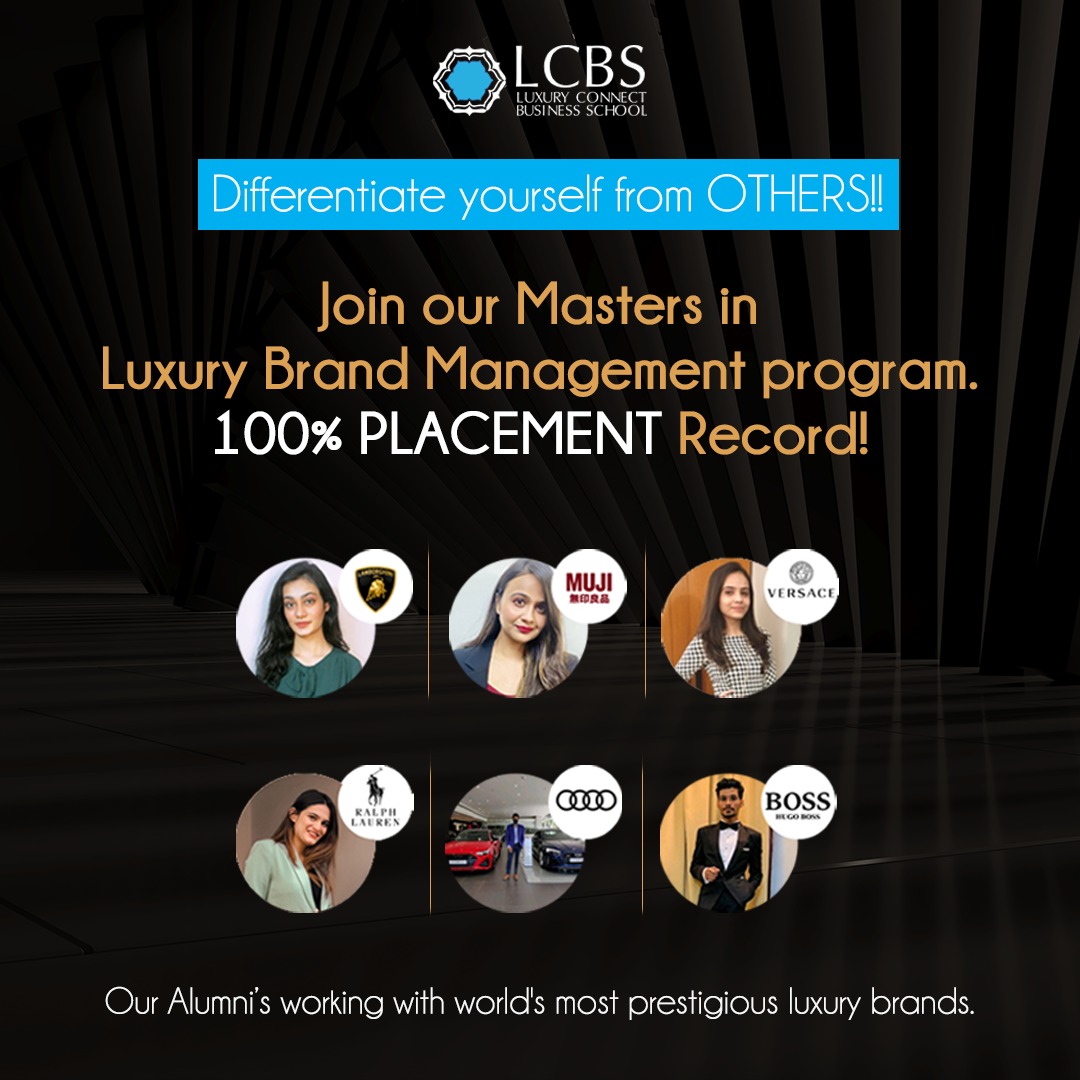